Melbourne ( (listen) MEL-bərn) is the capital and most populous city of the Australian state of Victoria, and the second most populous city in Australia and Oceania. Its name refers to an urban agglomeration of 9,992.5 km2 (3,858.1 sq mi), comprising a metropolitan area with 31 municipalities, and is also the common name for its city centre. The city occupies much of the coastline of Port Phillip bay and spreads into the hinterlands towards the Dandenong and Macedon ranges, Mornington Peninsula and Yarra Valley. It has a population of approximately 5 million (19% of the population of Australia), and its inhabitants are referred to as "Melburnians".The city was founded on 30 August 1835, in the then-British colony of New South Wales, by free settlers from the colony of Van Diemen’s Land (modern-day Tasmania). It was incorporated as a Crown settlement in 1837 and named in honour of the British Prime Minister, William Lamb, 2nd Viscount Melbourne. In 1851, four years after Queen Victoria declared it a city, Melbourne became the capital of the new colony of Victoria. In the wake of the 1850s Victorian gold rush, the city entered a lengthy boom period that, by the late 1880s, had transformed it into one of the world's largest and wealthiest metropolises. After the federation of Australia in 1901, it served as interim seat of government of the new nation until Canberra became the permanent capital in 1927. Today, it is a leading financial centre in the Asia-Pacific region and ranks 15th in the Global Financial Centres Index.The city is home to many of the best-known cultural institutions in the nation, such as the Melbourne Cricket Ground, the National Gallery of Victoria and the World Heritage-listed Royal Exhibition Building. It is also the birthplace of Australian impressionism, Australian rules football, the Australian film and television industries and Australian contemporary dance. More recently, it has been recognised as a UNESCO City of Literature and a global centre for street art, live music and theatre. It is the host city of annual international events such as the Australian Grand Prix, the Australian Open and the Melbourne Cup, and has also hosted the 1956 Summer Olympics and the 2006 Commonwealth Games. Due to it rating highly in entertainment, tourism and sport, as well as education, health care, research and development, the EIU currently ranks it the second most liveable city in the world.The main airport serving the city is Melbourne Airport (also referred to as Tullamarine Airport), which is the second busiest in Australia, and Australia's busiest seaport the Port of Melbourne. Its main metropolitan rail terminus is Flinders Street station and its main regional rail and road coach terminus is Southern Cross station. It also has the most extensive freeway network in Australia and the largest urban tram network in the world.

The Jetstar return for free sale is pretty great, but somehow, mixandmatch has this route even cheaper! Evidence: https://imgur.com/a/hlcaLYn Jetstar is a low cost airline, remember, so no checked … 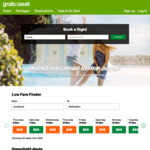 Some incredible trans-Tasman deals. Emirates/Qantas code share on a lot of these flights, so will vary depending on the day, but you get full luggage allowance, points, food, movies, and possibly …

Air New Zealand are having a sale on flights to Melbourne and Sydney, Australia. Lots of travel dates from late April to late September/20. $337 Return Christchurch to Sydney Flights. Click Here for … 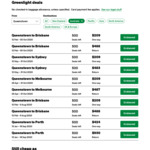 Grabaseat has a big sale on, including flights to the Islands, Australia, USA, and domestic. I've highlighted the aussie ones tho. It's AirNZ, so make sure you choose the right type of … 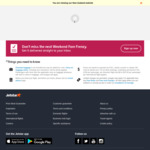 Jetstar just released a weekend frenzy of one way deals, with domestic flights starting at $33, and international from $109! It's Jetstar - so no free entertainment, checked bags or … 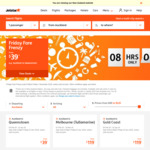 Jetstar sale, ends at 8pm. Travel periods vary from now to mid Dec, and Feb to April. ^Fares are in New Zealand dollars, one-way and web only. Checked baggage not included. Available until sale …

Currently Jetstar doing sub-300 tickets to Australia. For example, from Christchurch from $258 Return! Return! To Melbourne. Eg: From: Christchurch To: Melbourne How: Direct On: … 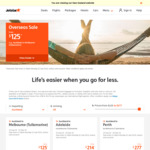 It's not often you can get a direct flight to Melbourne on a full service carrier for ~$300, and this is on Singapore Airlines! Airline: Singapore From: Wellington To: Melbourne Dates: June to … 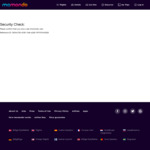 Cheap flights to Australia are not too uncommon but not on full service airlines like Virgin which include bags, meals and seat selection. Previous deals. Dates seem to be February to … 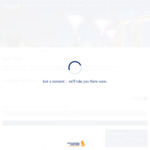 Singapore Airlines are offering direct flights to Melbourne, $6 cheaper than the last deal. Flights include bags, meals and seats. Lots of dates from July onwards. Google Flights search. via …

Jetstar are having a sale with great fares to Australia. All prices quoted are for return fares and include taxes. Luggage and meals are usually extra with Jetstar. Flight Scout, powered by … 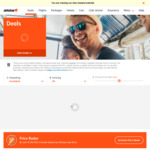 Seems like a decent deal. I found flights from Auckland to Sydney departing 26th June and returning 3rd July (booked separately) for $258. You must book a return fare separately (ie. as two singles) … 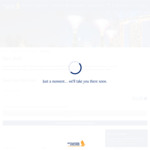 Singapore Airlines are now flying direct to Melbourne. Flights include bags, meals and seats. It also looks like the Canberra to Wellington direct route will no longer be flying. Plenty of flights …

Virgin Australia is having a sale on flights to Melbourne, Australia. Travel in Jan - Mar/18. These fares are seat only - meals and bags are extra. Click the links below to see all the flights. We … 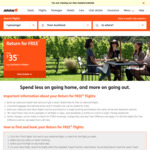 Free return flights on Jetstar. Natgional and International flights I have used this before Wellington - Gold Coast return for $149 (it appears all the return flights this time are via Auckland) How …

Most voted active or upcoming deals from the last 7 days.