From June 13 to July 3, The Warehouse will run its first Healthy Heater Swap in 30 stores, where people can trade in their LPG gas heater for an electric option at no charge.

About 1800 11-fin electric heaters being made available for swapping. All indoor unflued LPG gas heaters will be accepted as part of the swap and will then be recycled.

There are five spaces per store on Thursday, Friday Saturday and Sundays.

How do I book my unflued gas heater swap?

You can book a time slot here. There are 30 stores where you can swap your unflued gas heater. If you don’t make your booked time slot, your booking will be cancelled. Please check you’ve selected the correct date and time before you book. Please click through to book at these specific The Warehouse stores. Please note, stocks are limited to 60 swaps per store.

Can I swap my heater at any The Warehouse store?

No, 30 have been selected. Click here to find your closest store

How will the swap work once I reach the store? 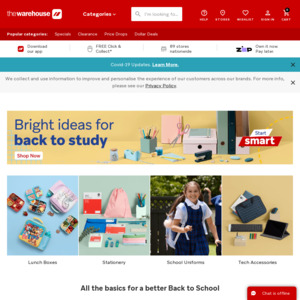