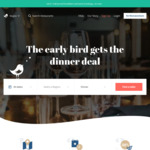 Book the first table for just $5 (usually $10) and get 50% off the food bill for two, three or four people!
Applies to Breakfast and Lunch bookings only

If you’re overdue for a little splash of self-love for the year, look no further. This is your chance to rally up the guys, gals, and all your other pals for some wining and dining on a budget 🥂.

From the homely brunch staples like a timeless eggs bene, to fabulous gram-worthy mimosas paired up with some tasty tapas, you can lock your next dining experience in today with a half-priced First Table.

$5 for referrer and referee 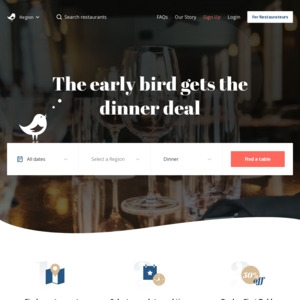