This was posted 1 year 1 month 21 days ago, and might be an out-dated deal. 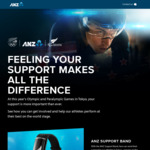 The ANZ Support Band is an interactive wristband we've created to connect you directly to the New Zealand Team athletes.

Each athlete has been given their own band. When you tap yours, the athletes will feel a vibration of support via their own band so they know we're all cheering them on from home.

As an ANZ customer, we wanted to give you advance notice that the ANZ Support Band will be available to order from the evening of Sunday 27 June.

The ANZ Support Band is free, but stock is limited. So if you want to let our athletes know they have your support, get in quick and place your order.
Orders will be limited to two bands per household. 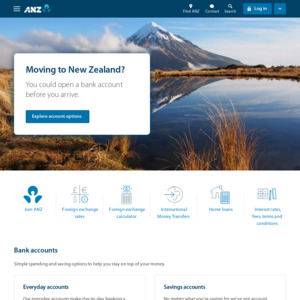