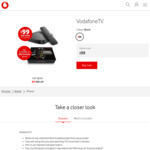 It’s a sweet time to get VodafoneTV

Turn back time and watch TV when it suits you with 3 Day Rewind, up to 500 hours of cloud recording* and your favourite entertainment apps all in one place. Get all this now for only $99 (RRP $179) – that’s nearly 45% off! Already have VodafoneTV? Grab one for the spare room (or your best friend) so that everyone can binge watch the same great shows as you.

*3 Day Rewind and recording available on 90% of content and recordings stored for a limited time. Offer available until 3‌1 M‌a‌y 2‌02‌0. Terms apply. 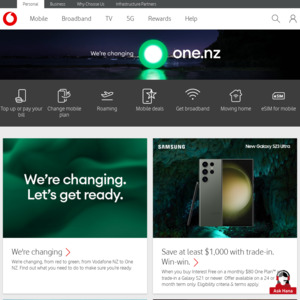 Most voted active Electrical & Electronics deals from the last 30 days.