This was posted 8 months 9 days ago, and might be an out-dated deal. 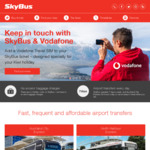 Saw this deal on OzBargain and it seems to work on Auckland's Skybus.

The North Harbour bus is offering 50% off UberX to bring you from your house/work to the bus stop. 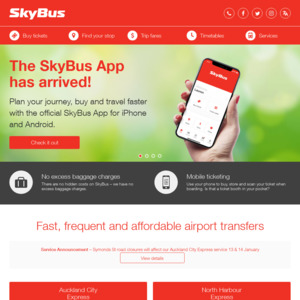