Currently Smiths City, Heathcotes and Harvey Norman are doing $340 off the Panasonic 55" JZ980 OLED tv bringing it down to $2094 which is over $200 cheaper than this tv has ever been advertised for before.

Perfect for watching movies or next gen gaming, it has HDMI 2.1, offers HFR gaming, supports VRR, does all the main HDR formats, Atmos sound, it's a lot of tv for less than $2100.

Also a quick Digital Foundry video explaining why you should stay away from the new LG C2 OLEDs for now especially if you're into gaming or don't like the color pink very much https://youtu.be/9SZLIGTFqiQ?t=1537 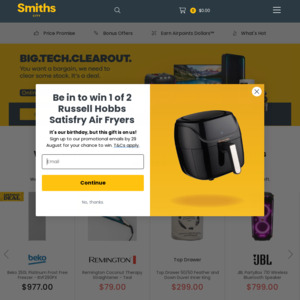