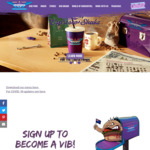 Purchase a Buffalo Buick and get a Buffalo Buick for FREE. Offer can be redeemed in-store by showing this email on your mobile device, printed out or via online ordering by placing two Buffalo Buick burgers in your cart and putting in the code VIBDOUBLEBB. One voucher code offer can be used per person, per visit and per online order. Offer is valid until COB 24/04/2022 or while stocks last. 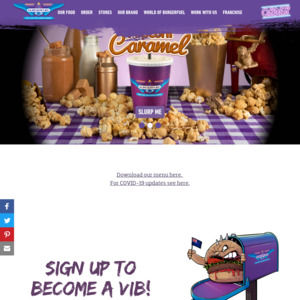