Considering cheap prices from Cash Converters - is there known pitfalls of buying stuffs from CC?

In particular electronic gadgets, or electronic hardwares in general. I know not to buy consumables, wearable things (basically everything are 2nd hand) or things that have short shelf-life or sensitive components. But I'm interested on your experience on dealing with CC. What should I look for, warranty, shipping, shady branches/stores, any experience basically. 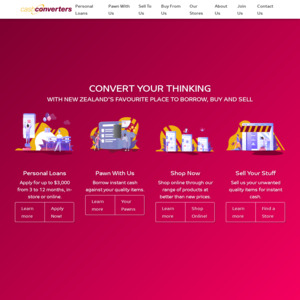