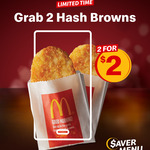 What makes your mouthwatering Macca’s meal even better? Not one, but two golden, crunchy Hash Browns to go with it. Get in quick, this offer is only around for a limited time in the Macca’s app.

I think hash browns are normally $3 each? 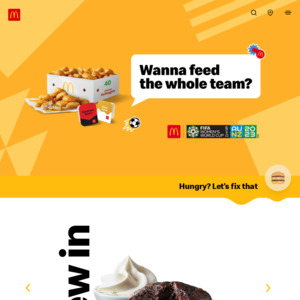