This was posted 9 months 25 days ago, and might be an out-dated deal. 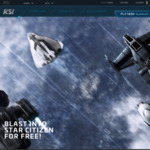 This massive crowdfunded multiplayer sci-fi, simulation, combat, trading and roleplay game recently hit v3.5 and to celebrate RSI are offering a free week for people to try out the game as well as the dogfighting Arena Commander and multiplayer first-person shooter Star Marine. Normally costs from $49.50 USD (~$75 NZD) to play the game.

The game itself is still in development, but the graphics are stunning with a wide variety of planets, moons, cities to explore, FPS/ship to ship combat, storyline missions and more!

During the week you have access to 4 different ships - Dragonfly Black, Arrow, Avenger Titan, Cutlass Black and Prospector.

Installer is 97MB and requires at least 47GB free space. Recommended specs can be found here.

via clear on OzBargain 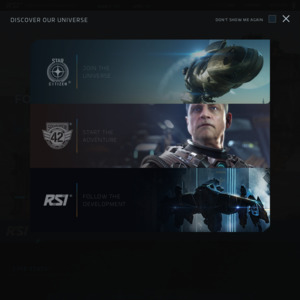