Rev up your warthog, get your needler ready; The Master Chief Collection is now on sale at Steam

The series that changed console gaming forever is on PC with six blockbuster games in one epic experience.
Season 6 is available now as the latest FREE update for Halo: The Master Chief Collection!

Experience the heroic story of Noble Team, a group of Spartans, who through great sacrifice and courage, saved countless lives in the face of impossible odds. The planet Reach is humanity’s last line of defense between the encroaching Covenant and their ultimate goal, the destruction of Earth. If it falls, humanity will be pushed to the brink of destruction.

After crash-landing on a mysterious ringworld known as Halo, the Master Chief is tasked with helping the remaining humans survive against the overwhelming Covenant forces. While doing so, he and Cortana uncover Halo's dark secret and fight to protect all life in the galaxy.

Following the destruction of Halo, humankind experiences a short-lived victory. Eager for revenge, the Covenant launches a surprise attack on Earth, but they find themselves ill-prepared to defeat the UNSC’s home fleet and are forced to flee into slipspace. When the Master Chief pursues his overzealous enemies, they discover yet another Halo ring, uncovering long-buried secrets, including an unlikely ally, that will dramatically alter the course of the Human-Covenant Conflict forever.

With the fate of the galaxy hanging in the balance, the Master Chief returns to uncover an ancient secret hidden beneath the sands of Africa, which could hold the key to humanity’s salvation or destruction – an object that could change the tide of the Human-Covenant conflict.

Experience the events preceding Halo 3 through the eyes of Orbital Drop Shock Troopers (ODST) as they return to familiar ground and attempt to uncover the motivations behind the Covenant’s invasion of New Mombasa. Isolated and vulnerable, use stealth and precision to survive the dangers of the Covenant occupation in a gripping new take on combat in the Halo universe.

Witness the Master Chief’s triumphant return to battle an ancient evil bent on vengeance and annihilation. Shipwrecked on a mysterious world, faced with new enemies and deadly technology, the universe will never be the same. 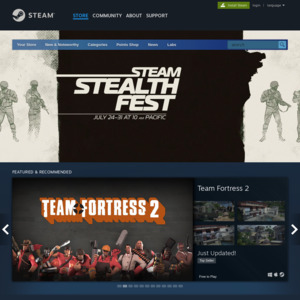