This was posted 6 months 15 days ago, and might be an out-dated deal.

Unlike the free version of AOMEI Backupper Standard, the Professional version includes the following features: 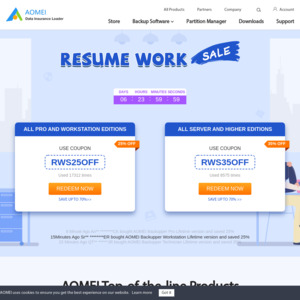 Most voted active or upcoming Computing deals from the last 30 days.

New deals from Computing category that have just been posted by our users.