Thanks to the mighty corona, Amazon has unlocked all kids shows for free to all including non prime subscribers. A pretty good freebie.

Working for me here. Advertised as worldwide, so let everyone know except your kid’s teacher.

Sure beats google classrooms and Moodle 🤢

Credit to Bellpop at OzBargain 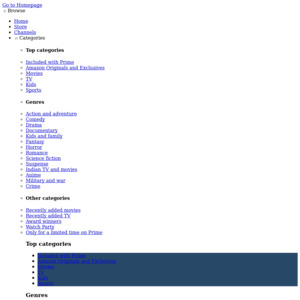 Most voted active Entertainment deals from the last 30 days.