More free PC games for you.

From March 24 at 6AM PT - March 28 at 6AM PT, Child of Light will be available for free to download and keep on PC via Uplay. Set in the fantastical, watercolored world of Lemuria, Child of Light stars Aurora, a princess on a quest to save her kingdom with the help of a mystical companion named Igniculus. Throughout her journey, Aurora will recruit a colorful cast of allies to join her in the fight, confront enemies in turn-based combat, upgrade her team's skills and gear to take on bigger challenges, and solve puzzles to progress through the world. 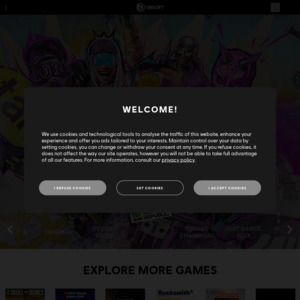