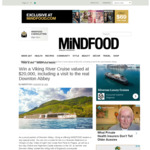 Go to Competition
Mark as SeenMark as EnteredMark as winner

Win a Viking River Cruise valued at $20,000, including a visit to the real Downton Abbey
As a proud partner of Downton Abbey, Viking is offering MiNDFOOD readers a very special prize. You can win a cruise for two in a Veranda Stateroom on Viking’s 12-day ‘Cities of Light’ river cruise from Paris to Prague, as well as a four-day Oxford and Highclere Castle extension in the UK, to visit the ‘real Downton Abbey’ amidst the rolling hills of England’s countryside.

This spectacular cruise will take you along some of Europe’s most iconic rivers, stopping at idyllic destinations along the way. Fall in love with romantic Paris; stroll around picture postcard Luxembourg; sample a ‘smoke’ beer in medieval Bamberg, Germany; and admire the Golden City of Prague. From start to end, it’s the trip of a lifetime. 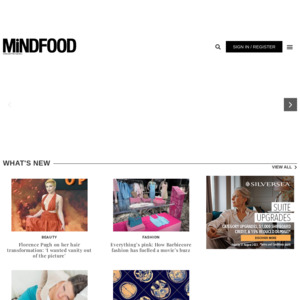